Trading in Human Bodies and Lives

Over in the District of Columbia, there is a proposal to legalize prostitution there.  If enacted, such a law would facilitate grievous and lasting harm to those involved in the practice, cause injury to our neighborhoods where the public nuisance of the sex trade would be plied and to the greater community as the District becomes a hub for sex tourism, and legalization would also contribute to destructive and discriminatory attitudes that view other people as mere sexual objects.

Believing that each of us possesses an inherent dignity as human persons entitled to respect as created in the image of God, it is part of our Christian mission to defend and promote human rights and dignity against all forms of exploitation, manipulation and domination. This includes prostitution, which treats the person as chattel, reducing her to a plaything, an article of commerce to be bought in the marketplace, sexually invaded and used for another’s base gratification, and then discarded when one is done with her.


The trading in sex is objectively and inherently contrary to the dignity and truth of the nature of the human person, as well as the truth of the sex act itself.  It advances the lie that sex is for personal satisfaction alone, and instead of a positive sexuality that is authentically human, it fosters a negative sexuality that is utilitarian and mechanistic.  Such trafficking in human flesh is rightly seen as a species of slavery, even when there is no owner (pimp) and when it is asserted to be consensual.  It is inherently exploitive of the customer as well, inasmuch as he objectifies himself and dehumanizes sexuality by reducing it to a commodity. 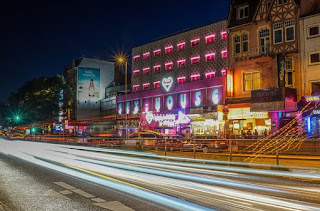 On the specific matter before the District Council, Catholic teaching is clear – the commercialization of sex is an infamy that insults human dignity, harms all those who engage in it, and poisons human society.[1]  And far from condemning those women and men, girls and boys who are prostituted, they should rightly be seen as victims themselves of injustice, exploitation, duress and/or desperate circumstance that might lead some to turn to prostitution in order to obtain money to survive.  We should be protecting and helping them with services, not enabling their continued exploitation and degradation.

These are principles Catholic social teaching, yet they are not exclusively religious principles.  As Pope John Paul II noted, treating prostitution as a business or industry which necessarily trades in human bodies is “an affront to fundamental values which are shared by all cultures and peoples, values rooted in the very nature of the human person. . . In particular, the sexual exploitation of women and children is a particularly repugnant aspect of this trade, and must be recognized as an intrinsic violation of human dignity and rights.”[2]

Protecting against the inherent harm that results from the sexual objectification of prostituted persons, as if they are commodities in the marketplace, as well as feeding the culture of exploitation of women, girls and other vulnerable persons who are marginalized – these are not uniquely “Christian issues.”  They are human issues. They are fundamental, universally recognized human realities, as exemplified by the many people and groups that often differ with the Church, but on this matter are in agreement in recognizing grave evil of legalization of the sex trade.

Far from an act of empowerment, survivors of this injustice will tell you that legitimizing in law the use of people sexually for profit will only perpetuate a system of domination where there is no real freedom of choice.  Overwhelmingly, the persons who are prostituted are not engaging in it because they truly want to.  Vulnerable and defenseless, they are either desperate for money or they have been coerced or manipulated, or are otherwise in crisis situations.[3]  And the sex trade only makes things worse, with studies showing that over two-thirds suffering post-traumatic stress disorder[4] or other psychological harm, and many of them turning to substance abuse to numb themselves.

Commercialized sex is not a “job” or “work” where there is mutuality between employer and employee.  It is a system of inequality and dehumanizing working conditions where “managers,” i.e. pimps, and “customers” have power over another to demand intimate sexual conquest and performance – often a dozen or more sexual acts a day – and the prostituted person is daily subjected to a hostile workplace where sexual harassment and discrimination are the norm.

Moreover, as is often seen, the law is a teacher.  Many people simply conclude that what is legal is right.  If we normalize the sex trade through legalization, what does that say to our culture and young people? Former President Jimmy Carter put it quite well in 2016 when he said, “Normalizing the act of buying sex also debases men by assuming that they are entitled to access women’s bodies for sexual gratification. If paying for sex is normalized, then every young boy will learn that women and girls are commodities to be bought and sold.”[5]   With legalization, the practice of human exploitation through the selling of bodies for pleasure will also increase because people who do not buy sex now because it is illegal will become new clients.

What we rightly condemn in the office, classroom, the #MeToo movement, and in the District’s own human rights policies – not to mention the evil of the bodies of women of color being sold for the enjoyment of others 160 years ago here in the District – Bill 23-0318 endorses.  Furthermore, with legalization, probable cause would no longer be a tool for law enforcement, making it much harder to combat violent trafficking and sex slavery, not easier.  It is shocking that this proposal would even be considered.

Legalization is not the solution to the grave injustices, degradations of human dignity, and the physical, emotional, psychological and spiritual harm experienced by persons who are prostituted. These victims deserve better than a callous empowerment of those who exploit and use them.

[1] Gaudium et Spes, 27, the Pastoral Constitution on the Church in the Modern World, Second Vatican Council (1965); see also Catechism of the Catholic Church 2355.
[2] Letter to the International Conference “Twenty-First Century Slavery - The Human Rights Dimension to Trafficking in Human Beings” (May 15, 2002).
[3] Astonishingly, one open letter states in support of Bill 23-0318 states that “around 20 percent of trans people have engaged in sex work in their life, and this number increases to nearly 40 percent for Black trans people.” Joint Letter to the Council of the District of Columbia, etc., published at https://www.hrw.org/news/2019/07/02/joint-letter-council-district-columbia-regarding-supporting-b23-0318-community. This is not cause to legalize prostitution.  On the contrary, it is a sign of a population in crisis that is in need of humane and compassionate assistance.
[4] Farley, Melissa et al. (2003). “Prostitution and Trafficking in Nine Countries: An Update on Violence and Posttraumatic Stress Disorder.” Journal of Trauma Practice, Vol. 2, No. 3/4: 33-74; and Farley, Melissa. ed. (2003). Prostitution, Trafficking, and Traumatic Stress. Haworth Press, New York.
[5] Jimmy Carter, “To Curb Prostitution, Punish Those Who Buy Sex Rather Than Those Who Sell It,” Washington Post (May 31, 2016).

• This is a nonprofit site that is operated for educational purposes, including comment, news reporting, teaching, scholarship, and/or research. Any excerpted material for which a valid copyright might be claimed is used by permission or under the fair use doctrine or other exceptions to copyright law or other legal authority.

• Remarks of the Holy Father and texts from the Holy See are copyrighted by Libreria Editrice Vaticana.

Bender
Some Catholic guy commonly known around the Internet as Bender. A lowly servant who happens to be certified as a Master Catechist from the Diocese of Arlington.